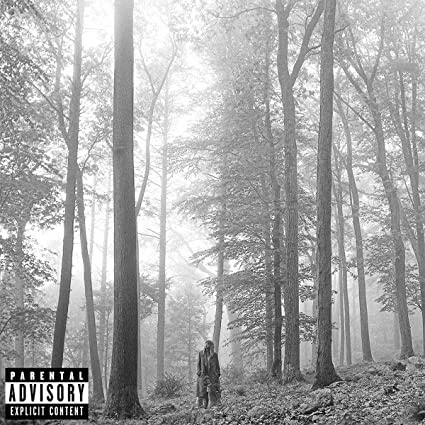 Get a free Glendale Library, Arts & Culture Library eCard instantaneously. It can be used to access our online resources including eBooks, eAudiobooks, eNewspapers, eMagazines, online classes, online tutoring, and learning games, as well as streaming movies and music, and more.Try listening to a streaming Playlist from Freegal Music, Hoopla or Alexander Street free with your library card. Alexander Street will ask for an academic institution, use Glendale Public Library.

Kenneth Florey, Professor Emeritus from Southern Connecticut State University, collected suffrage memorabilia and sheet music for over 35 years. The items from his personal collection on this website include manuscripts, buttons, and postcards and he’s served as a consultant on suffrage artifacts.

How do different cultures perceive and use color? Colorscope touches upon those perceptions and uses throughout history in this series of videos from CNN Creative, written and narrated by British art historian and broadcaster Dr. James Fox.

View iconic works that redefined how we see America in MOMA's Dorothea Lange: Words & Pictures. Listen to a Q&A with curator Sarah Meister and photographer Sally Mann—plus introductory videos, poetry and artist’s books inspired by Lange, and the mystery around one of the most famous photographs in the world.

Explore more of her work at the Dorothea Lange Archive at the Oakland Museum of California. Supported by government programs and magazines like LIFE, Dorothea Lange and other photographers of the 1930s and '40s created an indelible record of everyday life in difficult times. She continued her intensely personal work after the Depression, creating series on the forced relocation of Japanese Americans during WWII, Irish country life, and postwar suburban California.

Want to send someone a card or a note to say hello? Try out something twiggy with a log letter, give it a go or try another one that suits you. Make your own sign with an inspirational quote or saying! Celebrate the 100th anniversary of Women's Suffrage with some protest art.

Lightly draw basic uppercase letter. Be sure to leave enough space between each letter to widen the lines. Instead of curves, draw shorter straight lines. Imagine you are laying out short sticks to form the letters.

Widen each letter line, let them overlap each other. Trace over your pencil lines to firm up the log forms. Draw in the details with a pen and erase your original pencil lines.

Get some more ideas for fonts and letters from the CardMarkers Hand-Lettering Workbook.

Use your lettering skills to decorate your own Suffragette Sash. Try this tutorial for a reproduction of the sash worn by supporters of the suffrage movement of the early 20th century created by Susanna French. Suffragettes made their sashes at home from whatever they had on hand.

Our tendency to view the past as transparent truth has the potential to blind us to all the work that remains to be done.

On August 26, 1920, the Nineteenth Amendment to the Constitution was signed into law declaring that neither the United States nor any state could deny the right to vote based on sex. Votes for Women! illustrates the lengthy struggle that preceded the amendment and the further struggle that ensued when universal enfranchisement was not achieved. The book documents how the suffrage fight began in the 1830s with anti-abolitionist activists and joined (and split from) many other movements and involved many women of diverse backgrounds who have been erased by history. Susan B. Anthony and Elizabeth Cady Stanton appear often in Votes for Women’s pages, but they are joined by Sojourner Truth, Ida B. Wells, Frances Ellen Watkins Harper and, later in the 1960s, Fannie Lou Hamer and Patsy Takemoto Mink. There are dozens of glossy, defiant portraits and photographs of these women (along with a few anti-suffragists!), the documents they drafted, the signs they held, the pamphlets and broadsides they distributed across the country, and the newspapers, magazines and political cartoons in whose pages they were encouraged and satirized. In hindsight, we know that in 1920 not all women were allowed to vote either because they were denied citizenship or denied access through intimidation tactics like violence, poll taxes, and literacy tests. Strict voter I.D. laws and challenges to vote-by-mail are our modern encumbrances. In these pages I came to understand that we are now one hundred years into the fight for enfranchisement, not one hundred years out. -SB

John Cage - Sonatas and Interludes: Margaret Leng Tan. The Sonatas and Interludes are among John Cage’s most recorded pieces. They are written for prepared piano; the piano has objects placed between the strings—nuts, bolts, erasers, rubber etc. to expand the range of sounds of the instrument. Prepared piano often sounds like a cross between a piano and a percussion ensemble. Certainly, there are some passages that may be reminiscent of gamelan music but the primary influence is Indian philosophy. There are 16 Sonatas divided into groups of 4 divided by 4 interludes. It is a fascinating sound world and well worth listening to. Each of the pieces is unique and short, usually 2-4 minutes long. Some are more dissonant while others have a meditative quality. There are quite a few good recordings on Music Online. However, I chose the wonderful recordings of Margaret Leng Tan. She worked closely with Cage until his death in 1992. She was the first woman to earn a doctorate of Musical Arts at Julliard in 1971 and has performed extensively on toy piano and toy instruments. So Tan is a fantastic place to start and her performances fit the many different moods of the pieces. After listening to her performance, go back and listen to the other recordings available on Alexander Street. -BW